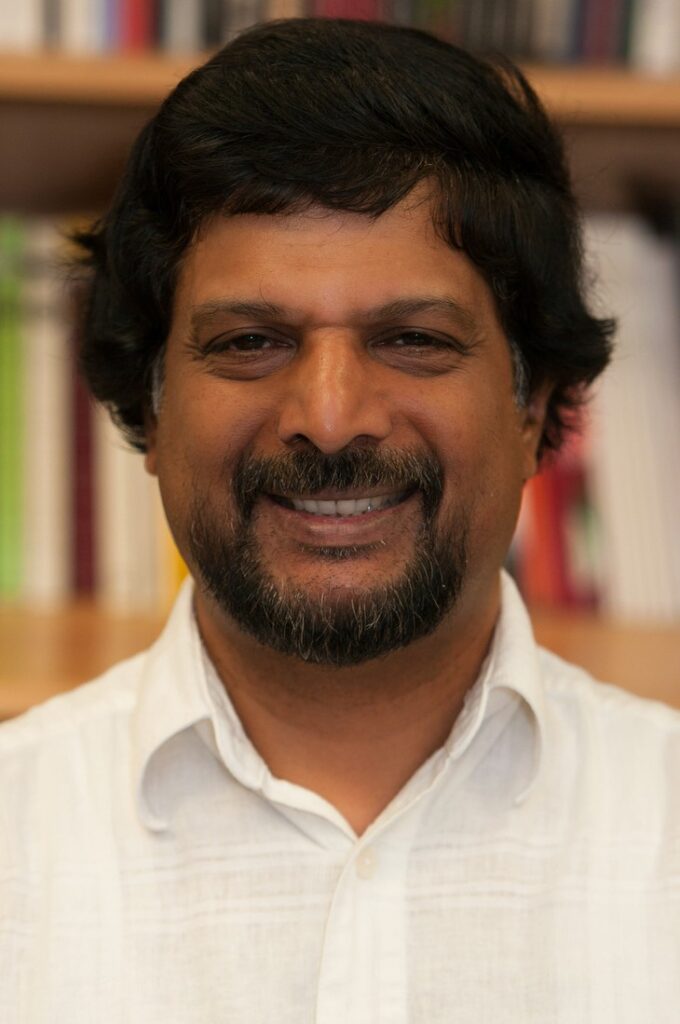 Having done all my schooling and later taught English in the former British colony of Sri Lanka, I have experienced the promise and problems of English in postcolonial communities. As I shuttle between the United States and my native land for professional and personal reasons, I recognize the centrality of English for transnational relations and diaspora life. The issues raised are of such magnitude that they demand a multi-disciplinary strategy. I adopt a sociolinguistic research orientation and draw from cultural studies and postcolonial discourse for interpretive insights. I have conducted ethnographies and discourse analyses of English in a range of contexts, producing a rich body of scholarship that appears in leading journals in applied linguistics, literacy, and sociolinguistics.

Early in my career, I did research on English/Tamil bilingualism in Sri Lanka, exploring how local people develop code alternation strategies and mixed codes to negotiate the conflicts inherent in identity and community membership. Having published these studies in journals of the caliber of Language in Society and Multilingual, I considered the social and educational prospects in English for periphery communities in Resisting Linguistic Imperialism in English Teaching (Oxford University Press, 1999). In this book, I draw from everyday strategies of appropriating English according to local values and interests to argue against the deterministic view that local people are powerless against hegemonic impositions. This book won the MLA’s Mina Shaughnessy Award in 2000.

Another strand of my research explores the challenges for multilingual scholars in English academic communication. I have analyzed the strategies of writers in relation to local scholarly cultures and rhetorical traditions. In A Geopolitics of Academic Writing (University of Pittsburgh Press, 2002), I argue for an understanding of divergent rhetorical structures and writing practices so that knowledge construction in the academy can be pluralized. I also attempt to make a space in academic literacy for the multivocal texts of local scholars as they negotiate competing discourses. This publication won the Gary Olson Award from the Association for the Teachers of Advanced Composition for the best book on social and rhetorical theory in 2003.

In my more recent work, I consider the new forms of globalization that lead to fluid discursive and linguistic practices between communities. While my previous publications explore the strategies of local resistance against the stratified relations of the world systems perspective, I am now analyzing the negotiation of hybrid identities and codes in diaspora and transnational relations. Bringing together scholars working in periphery communities, I have edited Reclaiming the Local in Language Policies and Practices (Erlbaum, 2005), which reconstructs disciplinary knowledge in applied linguistics informed by local interests. The contributors redefine traditional constructs like identity, speech community, linguistic competence, and language planning to accommodate multilingual life. As my contribution to this ongoing scholarly collaboration, I am exploring the pragmatic strategies that will enable different communities to communicate in English as we begin to treat English as a heterogeneous language made up of diverse varieties of equal status, each with its own norms and system.

I treat the classroom as an important site of linguistic contestation and policy construction. In my wide ranging teaching in rural Jaffna and the urban, multilingual New York City, I have been committed to developing creative pedagogical approaches in courses as varied as basic writing, postcolonial writing, The Globalization of English Language, and seminars on teaching of writing. I have turned the undergraduate ESL and composition classes into research sites, conducting classroom ethnographies to enable students to understand their ideological struggles and the creative strategies for asserting their voices. The studies published in journals as diverse as World Englishes and TESOL Quarterly have led to a book for teachers on how to accommodate the dialects and discourses of nonnative students. Critical Academic Writing and Multilingual Students (University of Michigan Press, 2002) is widely used in graduate-level composition courses. To further pluralize English writing, I have merged the scholarship on other minority dialects (such as Black English) with World Englishes, drawing from my own doctoral research on African-American students, in a series of articles in College Composition and Communication.

Currently, I am transcribing interview data I collected from Tamil immigrants in London, Toronto, and California to understand the new identities in English for diaspora communities. While the sociolinguistic surveys and ethnographic field notes have been coded, I am hoping to finish the final set of transcriptions before developing a book-length work on how Tamils develop new identities and communities in three English-dominant countries which provide varying cultural and linguistic resources for bilingualism. A second pursuit is my editorship of the flagship journal of Teachers of English for Speakers of Other Languages (TESOL). Committed to pluralizing knowledge on the use, spread, and acquisition of Global Englishes, I have acceoted a five-year term as editor of TESOL Quarterly—a peer-reviewed research journal with a rigorous 7.1% acceptance rate, 1600 institutional subscriptions, and 8,000 individual subscribers.